On Seasons, or: On Poets Taking Over the Japanese Meteorological Service 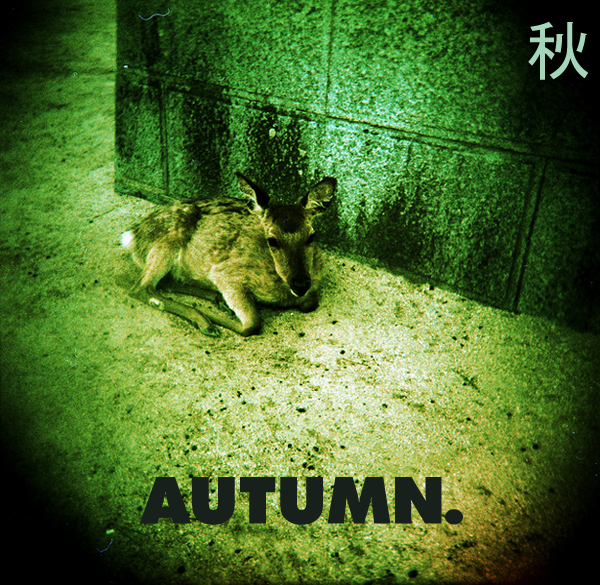 “Life starts all over again when it gets crisp in the fall.”
– The Great Gatsby

There’s a central body in Japan that declares the coming and going of rain. That means that there is a weather bureaucracy, and someone stamps a piece of paper confirming a season is going according to plan: Spring continued as expected.

The Japanese Meteorological Agency lets everyone know what day the rainy season will end. If you think that’s silly, my country uses a groundhog.

The four main seasons, fixed in their start and finish, require less oversight. But given Japan’s embrace of fractions and rule-driven bureaucracy, the poets have made sure that even the immutable changing of the seasons has some room for both.

The poet’s calendar isolates each season into three distinct parts: early, middle and late. Each of these parts is given symbols – a kigo – which are collected in books called saijiki, which are a dictionary of seasonal symbolism.

Scholars use these books to study haiku and categorize them into proper seasons; with a handful going into the “miscellaneous” category or simply denied their existence as haiku.

A saijiki is actually a pretty fascinating read. I never knew about “Needle Memorial Day,” (Feb. 8), where we thank old and rusted sewing needles for their hard work. And I learned that July 24 is “Kappa Day,” celebrating Akutagawa-san, the author of a novel about civilized lizards.

One problem comes when you have so much weather across the country, which has its share of meteorological diversity. So, regional editions or indexes deal with things like migrating birds and the distinctions between a February in Kyushu and Hokkaido.

The Passing Seasons
Because the transitions between seasons are isolated as distinct wholes, it is striking how quickly the seasons seem to change. You close the door on a 90-degree day in July and wake up on a 60-degree day in October.

The beaches are empty, but the park is cool enough to run in. Soon enough the park is too cold to run in, so you’ll stay inside and get a little fat from the soup you’re cooking to warm your house, and then the winter squash will disappear from the grocery store. You will see streaks of lightning on your walk home and sleep to the dense sound of rain on the concrete. And then the rain will end and there is shaved ice at the festival, and you will go to the beach.

The freshness of a new season is empowering, and the rapid onset is a powerful reminder that things change quickly. If you’re having a lousy summer, the autumn can show up and ask if you want to shake up your routine. Just seeing the options open and close is enough to remind you that all things go and most of them come around again.

We’re constantly yearning for novelty, so for the first few days of any season it’s easy to stay focused on enjoying the life you have. Like any kind of focus, though, as time goes on, there’s some inevitable straying into restlessness. The amorous cat returns.

Haiku
Haiku has always been a short exposition on observed beauty – the idea is to shrink a pure “now” into 17 syllables, dispensing of words and ego along the way. Skimming a saijiki is like reading avant-garde poetry for positive psychology, things you can think about and be mindful, instead of telling yourself how bored or miserable you are.

That’s not even a poem, it’s the index. Maybe we don’t need someone filling in the prepositions to make the story beautiful? Western poetry might linger on one of these events for a few pages, but I like the simple poetry of nouns.

I know that, at my best moments, I can go for a run in the cool autumn air and pass three cats all facing my direction and there I am. The season’s alright. And that’s poetry, right?

A Coup
I like to imagine poets taking over the Japanese Meteorological Association. Rather than weather forecasts we’d have reports about moments that woke them up from the train wrecks of their internal monologues. Each entry in the JMA’s saijiki could have its own icon on the map: A cicada here, a cuckoo there. Weather maps would predict fleeting and ephemeral events in an existential forecast.

Further Reading:
There’s a Saijiki online thanks to the University of Virginia Library.

6 Responses to On Seasons, or: On Poets Taking Over the Japanese Meteorological Service