On Being Alone in an Office In Japan 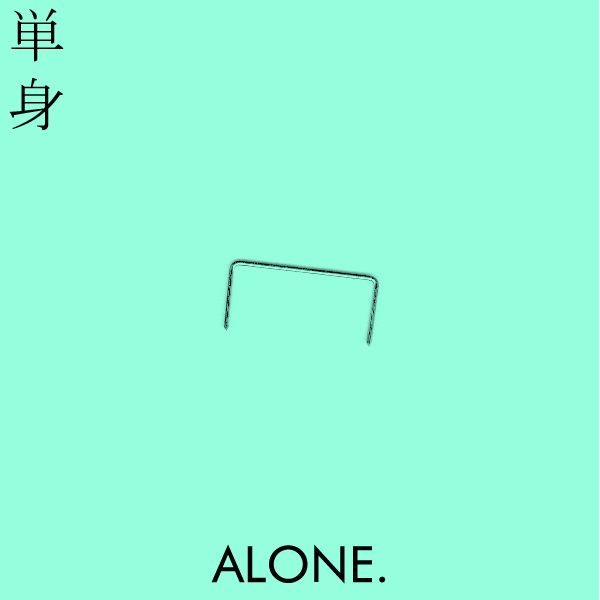 At some point during my first year in Japan, I read Don DeLillo’s The Names, about an expatriate working in Greece. He comes to dread the daily interactions with his apartment building’s Greek-speaking concierge:

“If I came into the lobby with groceries in a clear plastic bag he’d look over from his slot behind the desk and name the items one by one. At times I found myself repeating what he said or even saying the words before he did, when I knew them. I would lift the bag slightly as I walked by, making it easier for him to see. Bread, milk, potatoes, butter. The concierge had this power over me. He had the advantage, the language, and what I felt most often, passing in or out of his presence, was a childlike fear and guilt.”

This was an exact rendering of the submerged anxiety that I felt in the Fukuoka suburb where I lived. It was hard to explain to everyone back home the particular panic of being addressed in a language you don’t understand. There was, certainly, guilt that my incomprehension was an obstruction to the flow of daily life in the high school where I taught English, an unasked-for daughter to my supervisor who had to help me with basic tasks. I was irritated by the advantages everyone else had, that it never occurred to them that there were people for whom the act of paying an electricity bill was fraught with potential failure. The awareness that you may be caught in a situation in which you can’t communicate can lead to a de facto agoraphobia.

Eraser: Gomu.
I was no stranger to anxiety. I woke my parents near-nightly well into my childhood, slipping into their dark bedroom to complain that I couldn’t sleep because I had “bad thoughts.” My mother advised me not to play the “What If” game, but I could never logic myself away from intrusive worries. Two weeks into my freshman year of college in Washington, D.C. came 9/11. For the rest of the year I was convinced that unless I thought of everyone I loved before I went to sleep, they would die gruesomely.

When I moved to Japan, armed with my first serious boyfriend and an SSRI, I felt I had the neurosis under control. The anxiety did not bubble up quite so acutely, but instead became a continuous simmer. Before, I could quell my self-consciousness by remembering that no one was as concerned with me as they were with themselves. But life as the only non-Japanese in a school of 1200 students and 50 teachers provided constant affirmations that everyone was watching. I was a curiosity in a town tourists rarely reached, and I felt people looking to see how foreigners conducted themselves. Co-workers commented on what I’d eaten for lunch days before. At the grocery store, old women peeked into my shopping cart. During school cleaning time, students observed how I swept the floor.

“Do you have brooms in America?” one asked.

And I was being watched doing everything wrong. My boyfriend and I came to refer to the intricate Japanese codes for behavior as “Way.” Unfair to be sure, but the daily rituals of Japanese life often seemed like one impenetrable monolith. As foreigners, we would never understand how to follow Way. From our little American cocoon it was funny, but I wanted to be a part of things. The desire for acceptance, paired with my skepticism of any group with the power to accept or reject, has always provided me with anxiety fuel.

Desk: Takuyou.
When I had my picture taken for an ID card, my supervisor and the photographer became embroiled in a rapid-fire exchange immediately after the camera flash.

“He’ll take your photo again,” she eventually translated. “Don’t smile so much this time.”

In those early days, my face ached from smiling because it was the only way I could show a range of emotions: That I was sorry I couldn’t understand, appreciative of the attempts to make me feel welcome, striving to learn quickly. But perhaps my frantic facial contortions were disturbing. Japanese friends told me that they found Americans almost comically expressive. More than ever, I tried to submerge my inner freak outs and present a smooth surface.

This was a challenge in the face of unprecedented alienation. In the staff room, every teacher in the room would suddenly rise and exit for some event. I had to decide whether to trail behind them without knowing their destination, or stay behind in the empty room. Sometimes I’d hear “ALT”―my job title―pop out from a flurry of words. I knew teachers were having a conversation about me, but not what it portended. It was like being a child and hearing the low murmuring tones coming from behind your parents’ bedroom door, knowing there is something serious being discussed that – it has been decided – you cannot handle knowing about.

Stapler: Hochikisu.
Most people have felt, at various moments, that they are only pretending to be just another person, and on the brink of being outed for their fraudulence. I suspected, growing up, that there was no other girl on Long Island―in the world―quite like me, and it was astounding that I could just pass unnoticed among the masses.

I worked at the same school in Japan every day for three years and never ceased to cause a ripple among the students when I walked through the hallways. When I took a different train home, without the passengers who’d become accustomed to me, eyes flicked toward me, children prodded each other and whispered. It would sound like delusions of grandeur if all the foreign teachers I met hadn’t reported similar experiences. But it felt terribly personal, as though everywhere I went people whispered, “Look: Alanna is here!”

My celebrity and its attendant anxiety allowed me to sail over the deterioration of my relationship, convinced that our problems were temporary and Japan-induced. I was braced for defeat with every venture into the world, and home was where I believed I could drop the vigilance.

The night we broke up, I wondered how I could stand going to work the next day. But the Japanese school was highly instructive when it came to the art of withstanding discomfort, even suffering. A group-oriented ethic renders complaining absurd: if all students are required to run wearing only shorts and T-shirts through the snow, it’s silly to mention how cold you are. Knowing that the pain you’re feeling is shared by everyone around you lessens the burden. Heartbreak – as well as embarrassment and anxiety and feelings of ineptitude – is universal. Experiencing these things three thousand miles from home was occasionally brutal, but always enlivening.

Pencil: Enpitsu.
It never occurred to me to break my contract and leave Japan early. How could I, when I had never felt so vital? By my third year, as my language ability progressed from zero to middling, the isolation abated significantly. Now I, too, could joke about the teacher who got drunk and made hilariously rambling speeches at outings. I could look at the office chalkboard and see which students had been accepted to national universities. I became at once a fixture and anomalous, a balance that allowed me to feel like a member of the school community without renouncing any specialness.

When I told some co-workers about the split months later at a drinking party, they were surprised. They couldn’t tell anything had been wrong.

“Some teachers―they’re hysterical,” one told me. “Always up and down. But you’re very even.”

This was the greatest accomplishment of all―that I was no longer inflicting my squirming psyche upon others, waking my parents in the night with bad thoughts. It was the most persuasive evidence I had that despite all the instances of helplessness, I was authentically adult. It wasn’t about concealment or repression so much as endurance, a particularly Japanese value, a way — or Way — of surveying in solitude the jagged, nervous landscapes of one’s own mind until a new strength emerges.

Alanna Schubach taught English in Fukuoka, Japan, from 2009 – 2012. She lives in New York where she writes, works for a non-profit and runs Such Sweet Thunder, a web journal about music, which launches in early March.

This entry was posted in Culture Shock and tagged anxiety, breakups, expats, japan. Bookmark the permalink.

10 Responses to On Being Alone in an Office In Japan