On Losing Control in Japan 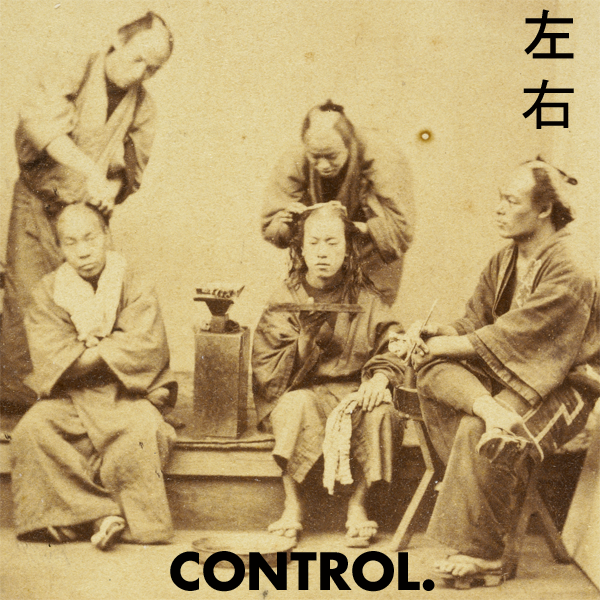 America, Japan has a question for you.

Try to think of ten recent moments where you gracefully adjusted to a change you didn’t agree with. You didn’t resist or put up a fuss. Jot it down, with the date. Then, try another one: When was the last time you influenced something – changed someone’s mind, or something around you, to be more comfortable.

Did you do it? Of course you didn’t. That’s OK. Some researchers in Kyoto and Muhlenberg University already know what you’d say.

Primed
Ask Americans to remember the last time they had to adjust, and we’ll likely have trouble remembering it, maybe reaching back months or years. We will, however, easily remember influencing or changing someone’s mind, and those memories will be fresher. In Japan, the situation is reversed. Americans act, the Japanese adjust.

Thinking about adjustment vs influence helps frame a lot of the divide between American and Japanese cultures, and this research paper came as an “Aha!” moment in finding the fundamentals that make me a human being and the cultural context that makes me an American. The research found while people on either side of the Pacific acknowledge some degree of both, they are “primed” to respond to influence or adjustment by the cultures they live in.

Our cultures have been built up to reward things which were already prevalent in our culture – which only serves to make these cultural forces stronger.

You Gotta Have Faith
Think about religion: American Christianity emphasizes the value of good deeds, that the person themselves is in charge of their fate in the world by being either a good person or bad person. It doesn’t matter if you’re an atheist or a Buddhist in America. It is inescapable. This good vs bad idea of our nation’s first settlers (and binary robots), the Puritans, is enshrined in our legal system, business culture and education. This emphasizes our control over anything that happens, even before God.

You survive a flood by building an ark. You resist temptation when it comes to you, by sheer force of will. This metaphorical flood, and how to build this metaphorical ark, is at the heart of every American political argument: How do we empower people to rise up over adversity? Do we give them wood (liberal), or do we get out of the way when they go to chop down trees (conservative)?

Japanese religions, particularly Shinto, place the human being in the center of a constant balancing act between spirits. And the spirits are everywhere – in the rocks, in the foxes. A person isn’t good or bad per se, but lives in harmony with these spirits or disrupts them. This principle is found across Japanese culture: Discuss, come to consensus, move forward. There is no sense in seeking “control” over nature, or the people around you, but by enduring it. You survive a flood by getting wet.

The paper goes on to discuss the reigning views of psychotherapy in the West and in Japan. While both have become influenced by the other, a good sum of Western psychology has centered on overcoming the symptoms of one’s neurosis – facing your fears, confronting your parents, changing your inner dialogue, medicating away your feelings – rather than learning to live and adjust to their constant gnawing presence, which is the influence of Eastern mindfulness practices.

American culture has evolved from the idea that human beings will act on their environment, and that by bringing their environment into their control, they will find personal satisfaction. Liberty and the pursuit of happiness and all that. Even American law assumes that satisfaction comes from developing a sense of competence. This spreads into our arrangement of work, the ownership of personal property. People are rewarded for taking action socially, because our culture values those who do and convince. These traits are rewarded by our society with money and power, so we are encouraged and praised when we exhibit them.

Contrast this to Japanese culture, which praises passive dignity and stoicism. The people who are admired are the ones who endure, rather than those who try to take charge: the idea of adjustment. There is no promise of individual liberty and the right to define our happiness within the roots of the Japanese state. Children are discouraged from selfishly seeking control, and rewarded for agreeable cooperation. Societies reward what societies value.

Darling Don’t You Go And Cut Your Hair
Our researchers in Kyoto asked people from America and Japan to describe a situation where they could take charge of something, “exert influence,” and one where they gracefully adjusted to accommodate someone else. The wording went as follows:

In daily life, we are surrounded by a variety of people, events, and objects. We would like you to think of situations in which you have influenced or changed the surrounding people, events, or objects according to your own wishes. Please consider as broad a range of situations as possible; however, the situations should be ones that you have actually experienced.

Americans could easily imagine situations where they were influential, but struggled to come up with stories of adjustment. In fact, I struggle even comprehending the second question on my first read. The situation was reversed for the Japanese.

The differences in stories are amusing. In particular, a Japanese memory of “influence” included:

“I have a lot of hair and it is difficult to wash. So I cut it short so it is easy to wash now.”

Whereas an American idea of influence included:

“I talked my sister out of dating a guy who I knew was a jerk.”

For adjustment stories the following examples:

“When I am out shopping with my friend, and she says something is cute, even when I
don’t think it is, I agree with her” (from Japan) and “I had to adjust last school year when one of my roommates’ boyfriends moved into our house” (American).

What’s particularly amusing is that the American here doesn’t even explain how they adjusted to the presence of the roommate’s boyfriend, only that they had to do it. Indeed, Americans were more likely to describe changing someone else in their influence answers, whereas Japanese people were more likely to describe changing something about themselves (such as hair length).

Everybody’s Working for the Weekend
In their conclusion, the researchers mention another crucial aspect of this cultural difference:

“Our data show that psychological characteristics often attributed to people in the two cultures (i.e., independence and efficacy in the United States and interdependence and connectedness in Japan) are not purely psychological; they represent a joint effect of both a psychological tendency and social situations to which the tendency is attuned.”

As an expat in Japan, this is a critical bit of wisdom: Japanese culture, compared to American culture, doesn’t provide as many opportunities to be in control of a situation. I feel powerless all the time here, and racked it up to my weak Japanese, or poor relationships, or low position in the office hierarchy. But really, Japan simply doesn’t present opportunities to feel empowered, because the culture assumes you don’t need that as much as you need relationships.

It’s arranged around prizing adjustment to accommodate relationships. That means avoiding presenting situations that might disrupt them. That would be extremely stressful for native Japanese – asking them to be in control and make decisions for others with force means asking them, constantly, to risk their carefully maintained sense of interpersonal harmony.

Work Ethics
Consider how drastically you would change if you went to a job where promotion wasn’t necessarily a sign of hard work. While the culture in Japan has shifted recently, working hard for your superiors in Japan isn’t likely to earn the kind of influence or power it would in an American office. What’s valued, instead, is your ability to stay calm and aware of other people’s needs. As a result, it is typical for workers to distribute their hard work among peers.

I brought my standard work ethic: I worked hard, with the understanding that my role was to make the lives of my co-workers and supervisors easier by taking on parts of their workload and pointing out ways to streamline the system. That goal was laughable. Despite my efforts, I was not allowed to leave work 10 minutes early to catch a train. Soon after that I was denied consideration for a promotion simply because I “didn’t socialize enough” at work parties.

People weren’t consciously depriving me of control or influence. They just had no idea that I was expecting it. The traits they respected were social ones, and I hadn’t developed those at all. I was too busy working. The culture was tugging along valuing interdependence while I was blazing my own efficient trail.

Few people understood my need to feel competent – for positive feedback, a good performance review, a project to call my own, or anything to reduce my perpetual feelings of incompetence.

Imagine a culture where you feel good because you didn’t tell your sister that her boyfriend was a jerk, that you took pride in biting your tongue and being graceful about withholding your opinions and your boldest ideas. Where nodding politely to an angry idiot isn’t a demeaning act of social cowardice, but an empowering act of self-control. When someone comes in and says, “You have to tell that guy he’s an asshole and stand up for yourself,” the answer might be, “Why?” Both views are equally valid ways of doing things. But we’re primed to see one more than the other based on where we were born.

The Hipster in American Culture
One result researchers hadn’t expected to stumble into is that Americans also socialize through influencing each other. Social status is determined by sharing positions and persuading people to agree. I think of how many conversations at home were arguments about taste. Americans talk about what they like, what they don’t like and why, and they expect to defend it. We want to make sure others agree with their conclusions – because influence, and showing off our ability to persuade, is a form of control we all long to have. Why do we spend so much time arguing with people who don’t like Mad Men or the Beatles? Because not changing their mind carries a nagging sense of failure: The failure to fully display our power of influence.

You don’t agree? Whatever.

*You can read the full study here. Notably, this is an American vs Japanese study. I’d be curious to compare results of American and British or New Zealand cultures, as they seem more akin to Japan in terms of social reserve around self-expression.

If your sister is dating a jerk, you can like This Japanese Life on Facebook and we’ll hook you up with a haircut. It’s the cosmopolitan way.

This entry was posted in Culture Shock and tagged expats, japan, psychology. Bookmark the permalink.

19 Responses to On Losing Control in Japan