On Being the Fattest 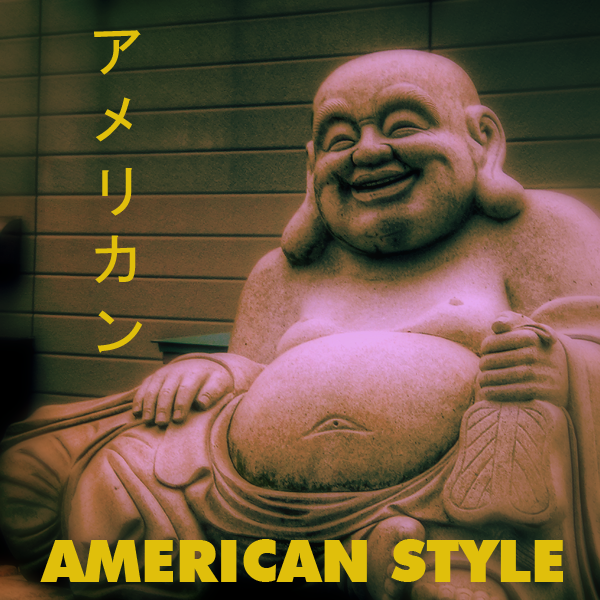 Not every kid in Japan cares about learning English, and so they use class time to work toward other life goals: Homework from other classes, arm wrestling contests or listening to their talking dictionaries pronounce various euphemisms for sex.

Recently, one of the kids shouted to another, “You are fat pig.” The accused pig proudly shouted, “Yes we can!” then stuck his nose up like a snout and made oinking sounds.

I paused for a moment to try to reverse-engineer the Obama non sequitur, then observed if anyone would like to intervene with the name-calling. No one else seemed to mind, victim included, so I kept blathering on about holidays or grocery stores or whatever I’m paid to talk about.

I’ve often noticed something strange in the way Japanese people talk about obesity. In another awkward incident, a larger friend had gone to a shop where the owner insisted that the portions were too small for her. “Large size,” he insisted. She refused. He gave her a complimentary bowl of soup.

Smart Style
If you’re slender in Japan, you’ve got a “smart” or “slim style.” They say it in English. (It should surprise no one that the opposite of slim style is sometimes called “American Style.”)

But it’s revealing, perhaps accidentally, of Japan’s attitude toward obesity: It’s a choice. Some people like mullets, others like spiky hair, some girls like pink and other girls like stripes. You decide what you look like. So when a Japanese native asks an overweight foreigner, “Why are you so fat?” it’s possible that it’s a sincere question, though certainly hostility exists, too. But for those with good intentions, obesity is a weird choice. It confuses them.

American attitudes toward obesity are a little more permissive, as everyone in the world is desperate to tell us, save for Germans and Canadians and maybe Australians. Americans are prone to consider obesity as divine lottery, a genetic role assigned at birth and not the result of caloric intake exceeding caloric demand, and a taboo subject to mention.

There may be some truth to that, anyway: American bodies are a dish filled at the buffet table of genetic diversity. So acknowledging someone’s weight in America is simply not done, even innocently, even out of concern, because there’s an idea in America that it can’t be helped, or that it shouldn’t be helped. It’s just not anyone else’s business.

Superdownsize Me
The Japanese government’s anti-obesity campaign is not about eating more salad.

Instead, Japan has employed a typical, indirectly aggressive approach in which it penalizes companies with more than 10 percent obesity among its workers.

Concerned about rising rates of [obesity] in a graying nation, Japanese lawmakers last year set a maximum waistline size for anyone age 40 and older: 85 centimeters (33.5 inches) for men and 90 centimeters (35.4 inches) for women. – Kompas

These companies have to pay increased health premiums to the government to cover the increased cost of overweight workers compared to slim workers. It also creates an atmosphere in which obese workers are the most profitable workers to “downsize.”

Exhausted
Workers get an annual health check every year. I took advantage of this a few weeks ago, an experience that included stripping naked on a bus with an x-ray machine surrounded by the thick exhaust of burning diesel.

I come in just at the top of the scale for men, at 85 centimeters. Some readers in particular may be tired of hearing this, but I’ve lost a lot of weight in Japan. When I mentioned to a coworker that I was at the top of the weight scale, he responded with an absurdly polite rebuttal: “But that is because you are so strong.”

The Size of Our Friendship
Among friends and family, the casual reference to someone getting fat isn’t considered offensive or complimentary, exactly. It’s about closeness: the intimacy of saying “Hey, you’re putting on a few pounds, eh?” It’s a bit of an in-joke, often carried along with a kind of “you and me both, eh?” wink and a nod.

But it makes me wonder about Obama Pig Boy’s bragging.

Sumo Size
In a 1972 interview with LIFE magazine, Jesse Kahauluah, the first foreigner to train as a professional sumo wrestler, summed up the training. A pull quote on the page reads, “The strength is right here in the belly.”

“The idea is to eat and spend strength. You train every day, so as you build up your weight, you keep pace by increasing your strength. Your stamina grows with your fat.”

In other words – and speaking from experience – being overweight requires more energy. Your legs lift 320 pounds instead of 160. And because you are consuming so many calories, it’s assumed you are doing something with the resulting mass – Sumo wrestlers train, after all. Carried on for centuries, then, you could imagine sumo is a muting influence for boys who grow up fat.

Whereas I had to resort to telling jokes – or something resembling jokes – because being the funny kid meant you didn’t get called the fat kid, fat boys in Japan have the option of being strong and immovable mountains: Athletes.

Another English teacher told me a story after I shared mine about the pig boy. One student simply pointed at another and said, “He’s a big boy.” Rather than being red or upset, the kid stood up and proudly gestured to himself. “That’s right,” he declared. “I’m the fattest!”

And Yet
Of course, there are no women in Sumo, and so being an overweight woman is a lot less cool. I don’t know any stories about women bragging about being the fattest in the class.

Women’s standards, like men’s, are based on the fact that they’re all looking at each other.

“Japanese women are outstandingly tense and critical of each other,” said Watanabe, who has spent 34 years treating women with eating disorders. “There is a pervasive habit among women to monitor each other with a serious sharp eye to see what kind of slimness they have.” – Washington Post

This kind of thing is making Japanese women smaller than they’ve been at almost any other point since World War II, when basic dietary staples were sold on black markets. Women are eating about 2/3rds of what they should be, and – lest we start counting the nation’s public health savings – many are taking up smoking to curb their appetites.

In that regard, Japan seems pretty familiar.

10 Responses to On Being the Fattest