On Pretending to Know About Education in Japan, pt 1: The System! 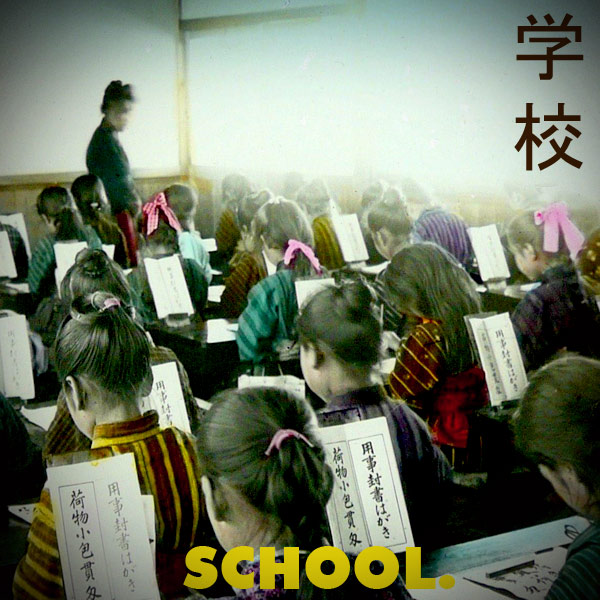 After spending two years in a Japanese High School and having multiple conversations with people who actually know how things work, I’m happy to return to my journalistic roots by pretending I’m an authority on something I’ve barely scratched the surface of.

So this week, we’ll examine the Japanese Education System in three parts: The System!, Getting into High School and College, and The Cost of School Attendance. We’ll call it, “On Pretending to Know About Education in Japan.”

The Japanese Educational System
Don’t panic. I know “systems” are boring, and part of what makes Japan so inscrutable is the monumental boredom of understanding the country’s beloved bureaucracy. I’ve learned a lot about Japan by understanding this bureaucracy, but that doesn’t mean it’s interesting to read.

So, let’s raise the stakes. We’re having a baby! And he’s a 13-year-old Japanese kid. I’m the father. You’re the mom. Our kid’s name is Tetsuo, named after your grandfather. While we’re at it, you also think all my jokes are hilarious.

At 13, Tetsuo is in Junior High School. He’ll be in Junior High for three years, having completed grades 1-6 in primary school, with three years of pre-school and kindergarten before that. Having recently outgrown a uniquely Japanese penchant for collecting enormous beetles, he spends time after school banging on a taiko drum.

MEXT says that Tetsuo, like all Japanese kids, must attend Junior High. You and I – and Tetsuo – will decide where he goes after that. But while MEXT has some say over Senior High Schools, it’s not legally required, so the system has more flexibility. That means it gets a lot more complicated, confusing and expensive.

Japanese High Schools
In America, the public high school you attend is based on where you live. Americans consider this natural, but it’s often arbitrary and unfair. Since schools benefit from property taxes, upper-class neighborhoods have better-funded schools with better-paid teachers and all the perks that wealth provides.

Seeking Equality
Japan’s system is convoluted, but many decisions from MEXT are based on rooting out inequalities, which keep popping up anyway.

Second, Boards of Education rotate teachers between schools every April, ensuring that no single school accumulates a treasure trove of brilliant teachers while other schools are left with the dregs. The result, in theory, is a well-rounded staff across a spectrum of schools, and teachers who get a fresh start to their careers every three to five years.

These staff rotations can also be problematic for students, however, as some teachers are naturally better with academic students whilst others are better with inspiring the “less motivated.” The staff rotation is, in principle, random, without regard for a teacher’s strengths. I often attribute this to a kind of “humility enforcement” on behalf of the Boards of Education: If a teacher gets too good, they might get cocky, which is unseemly.

While the assignment process is random, many teachers have theories on what “actually” goes into the decision, with speculation ranging from logical observations to paranoid conspiracies. Obviously, teachers find these rotations are stressful, as they often mean uprooting their families to move to different places around a prefecture.

Breeding Inequality
Despite the egalitarian aims of the public system, less-regulated private high schools can charge whatever they want. 15 years of public school would cost $62,130 US dollars, where private schooling would come to $182,651. (In April 2010, the Japanese government started giving grants to every Japanese student, effectively making public education free, in the hopes that it would cut costs across the board).

The Goals of Japanese Education
As a Junior High Student, Tetsuo has had nine years of schooling and has four or five left before university. But as far as MEXT is concerned, he’s got to be made into a proper Japanese citizen before he finishes Junior High. After that, MEXT can’t tell him what to do.

The education system in America doesn’t focus much on “good citizenship,” but MEXT requires an academic and moral education. MEXT specifically lists topics such as “valuing justice and responsibility, mutual respect and cooperation, equality between men and women, and a civic spirit,” or “loving the country and region that nurtured them” as goals for students. Teachers are also tasked with giving students a “zest for life.”

These ideals have to be taught in Junior High, because that’s where their required education ends. After that, JHS feeds those students to the crushing machinery of entrance exams, through which they are packaged and distributed into their futures.

That process starts with Tetsuo, age 13, wondering where he’s going to go to High School.

In Wednesday’s post, we’ll look at Getting Into High School in Japan.

This entry was posted in Teaching and tagged education, japan. Bookmark the permalink.

8 Responses to On Pretending to Know About Education in Japan, pt 1: The System!