On Not Being Offended by Avril Lavigne in Japan 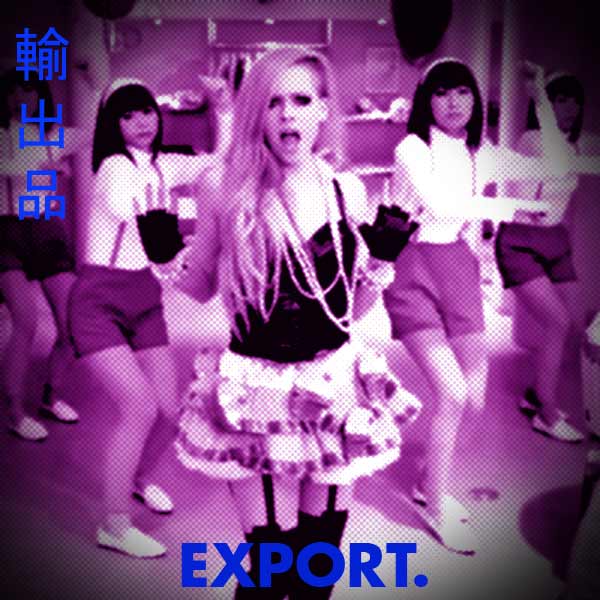 If nobody in Japan thinks a racist video about the Japanese is racist, can anyone be offended?

The children’s novelty act known as ‘Avril Lavigne’ really struck offensive gold with her recent video, and criticism runs the gamut: It’s sexist, infantilizes the Japanese, and culturally insensitive. Some have even seriously suggested that the video’s problems were an intentional ploy to distract you from how terrible the song was. Meanwhile, the Japanese press is reporting on the controversy as an ‘overseas press response‘ to the video, and people in Japan think it’s just great, leading to a koan in the age of global media and political correctness: If nobody in Japan thinks a racist video about the Japanese is racist, can anyone be offended?

The most horrifying thing about watching ‘Hello Kitty’ is that Avril Lavigne is still acting like a 14-year-old girl and screeching about sleep overs with a sexual innuendo based on a perversely underage cartoon character. Or perhaps it’s her pronunciation of Japanese words, or use of them: The song starts with her screaming in Japanese, “Everybody Psycho, Thank You! Cute!” and it actually only gets dumber when she switches to her native language.

But, as Avril has pointed out, the song is produced by a Japanese label (Epic is owned by Sony), with a Japanese video director, choreographer and, obviously, a Japanese cast. (She also started that defense with ‘LOLOLOL!!!‘ – I’ll reiterate again that she is 29 years old).

Though this is precisely the ‘I can’t be racist, I have black friends‘ defense, it is more interesting than it seems, because it speaks to how ideology, the stuff that influences everyday culture, is carried through the images that culture produces. I’ll suggest that the racism of the ‘Hello Kitty’ video was actually imposed on Japan by the Japanese, in cohoots with an oblivious foreigner.

Japanese Racism Against the Japanese
Brian McVeigh, a Japan scholar, has written something that explains Japanese culture in a way I intuitively understood in my time there, but never could articulate: The idea which he calls ‘ethos nationalist identity.’ This connects one’s racial identity to a cultural identity and to a national identity; in his words, a belief that is

probably an instinctive reaction (rooted in deep ideological patterns) to categories that somehow ‘should’ be kept separate, ie, Japaneseness and ‘non-Japaneseness’. The consequence is that “Japanese culture” is something only the Japanese people themselves can possess.

This is not exactly racism against other groups of people – though xenophobia and ‘othering’ are a common concern among resident expats and others who live in Japan. It’s also weirdly self-Orientalizing: It is the belief, (by no means universal, but popular) that eating sushi with chopsticks, singing karaoke and going to onsen is ‘Japanese,’ and that other things are not Japanese.

To play with these ideas, for a Westerner to act like Avril Lavigne did – what we’d call ‘culturally appropriating’ the Japanese – is not really a threat to the Japanese cultural identity, because Lavigne isn’t Japanese. So of course, she likes sushi enough to clap her hands like a schoolgirl and gets to stare at a giant stuffed cupcake before petulantly throwing it to the ground (she is, again, 29 years old) but so should the rest of the world.

The Japanese Media Complex
Cultural appropriation is an interesting concern, and perfectly valid when it is rooted in a one-sided relationship of cultural exploitation. Middle-class white guys have always had a hard time in hip-hop because it’s a little weird for middle-class white guys to take an art form pioneered as a voice against oppression by middle-class white guys and use it to complain about their first-world problems. This is obviously complicated by class concerns – is it, for example, OK for a poor white guy to use hip hop? The success and ‘credibility’ of Eminem seems to say yes.

It’s a broader issue, rife with racial and class-based landmines, but you get the idea: The problem with cultural appropriation is more or less that it’s rooted in the powerful taking acts of empowerment away from another group in a one-sided way, and using it to their own ends, which is obnoxious. But by taking something into a new cultural context, it also risks reducing the sacred images, rituals and objects of a culture into kitsch: Consider taking the keffiyeh, a Palestinian symbol of unity, turning it into a fashion trend and eventually a joke about hipsters. Or consider Maori tribal tattoos on guys who can’t spell ‘Maori.’

Japan is a different story. The things that Lavigne are doing are already mass-produced kitsch, and many of them are part of a culture that Japan’s government was spending millions to export abroad, part of a package of media and entertainment exports called ‘Cool Japan’.

Is it really cultural appropriation if most of what Lavigne is showing off is precisely the image that Japan wants us to have? She’s not taking selfies at shrines, Bieber-style, or really participating in anything that ever actually happens in Japan. She’s being reductionist, for sure – presenting Japan in one particular way, the kawaii-and-wacky stereotype of the country that is completely independent of the country’s real culture.

The problem is, a Japanese director shot this video for a Japanese company, so it must reflect some idea of Japan that they felt comfortable with. And if you look closely at ‘Hello Kitty,’ it is precisely what Japan sees as ‘Japan for foreigners,’ which is really what the suite of ‘Cool Japan’ stuff is intended to be. The ideology here is that Japan is so unique and different that ‘authentic Japanese culture’ can’t be understood by outsiders – so here you go, guys, have a giant plush cupcake.

Mrs. Roboto
The other, more problematic concern with this video is the role of the women in the background, dancing stiff-faced like robots, the supporting cast to Lavigne’s prancing eyeliner party. This is a perfect rendering of the unconscious mind of the worst type of Japanese expat, the ones who see the country and all of its people as the supporting backdrop for their great white adventure in the Orient. It would not surprise me if Lavigne, who spends ‘half her time in Tokyo,’ was one of those worst kinds of expats.

The women here are identical and form the backdrop as dancers, candy sellers, and Lavigne’s entourage. They smile once, when shown the picture that Lavigne takes of them – as if they can only really recognize themselves in the images a foreigner has of them. What a metaphor! The vision of unending Japanese hospitality, an image Japan presents to the outside world and loves seeing the outside world reflect back, is more or less perfectly captured in these models being shown what they look like by Avril Lavigne and loving it.

This is all problematic on many levels, but perhaps not considered a big deal in Japan simply because of that ethos-nationalist self-orientalism. We’re being shown the idea of Japan that a Japanese director and Japanese company want foreigners to see. It’s riding a nationally arranged, corporate-supported advertising gimmick of ‘Cool Japan’ abroad as a giant shopping mall full of docile, identical women who only want to serve you and party while you consume a range of lifestyle products — essentially product placement for the stuff Japan assumes we’ll like.

The Verdict
I am going to leave the last word on the inherent racism, sexism and Orientalising in this Avril Lavigne video to the people who either are or aren’t offended by it. I’m confident, though, to say that this video got made because it is a perfect mix of a Japanese director and corporation trying to promote a specific, self-Orientalizing version of Japan rooted in the idea of ‘what foreigners think of us,’ and the culturally oblivious vision of 29-year-old-white-girl-in-Japan, Avril Lavigne, telling them that they are exactly right.

Likewise, it was probably a two-way street of cultural obliviousness, where Lavigne insisted on something or other and was met with a nod and a smile because nobody in Japan is going to say no to Avril Lavigne, and because the whole thing was set up to be about ‘Japan from Away’ that Lavigne had a unique insight toward constructing.

The result is an eye-numbing train wreck of a video for a traumatic plane crash of a song, making this whole ordeal one of the worst transportation disasters in the history of bad metaphors.

This song, on the other hand, was once my personal karaoke standby:

So what if I go out on a million dates? You never called or liked This Japanese Life on Facebook, anyway.