On Being Selfish in Japan

I remember my high school French club. The kids smoked too young, wore black turtlenecks and talked about Camus, or more precisely, “spoke of Camus.”

I didn’t encounter Japanese clubs until college. I don’t want to lose half of my audience, so let’s just say they’re totally on target and that most of Japan is exactly like Dragonball Z.

In America, alienated kids want to define themselves against the football/cheerleader standard. Whether you find it in Nausea or Naruto, foreign cultures feel personal and authentic, offering up a “home abroad” even when you’re just living under a bloated stereotype.

I don’t have anything with the raw comedic potential of an “American Club” here in Japan. My Japanese English-Language Club does not sit around drinking Coke, reading The Great Gatsby or studying Bon Jovi lyrics.

The kids do not want to define themselves against the Japanese standard. They do not want a “home abroad.” Most of them never want to leave the city they live in. 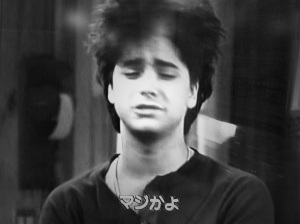 So instead of watching Full House with a bucket of fried chicken, my club practices pronunciation and vocabulary. I’ve tried spicing things up with Harry Potter or Scrabble, but the kids aren’t buying it. They want to study for English exams.

Then, when we get the opportunity to do something fun, all hell breaks loose.

Flautists, Fluency
Every year the school has a culture festival, or bunkasai, where culture clubs and arts-oriented students show off a bunch of stuff they’re doing – tea ceremonies, flower arrangements, origami, etc., – for the community.

Akiko, a club member and, for the sake of confidentiality, an ostrich, wanted to play the flute. She asked to skip some club sessions to practice, and not spend five hours a week cutting construction paper.

Akiko’s flute request unleashed a typhoon of righteous indignation: A committee of three teachers declared her selfish and demanded she quit the club.

Watching what happened to Akiko, and hoping to evade judgment by the character evaluation committee, he quit the club before asking to play keytar for the culture show.

One of my teachers has since refused to speak to him. He was “selfish.”

I was asked several times for my opinion on the matter. I finally shrugged and said: “I think there’s a cultural difference.”

An American would tell Kentaro or Akiko, “You have to look out for yourself first.” I didn’t say this to my co-workers, because it would be incomprehensible. But Japanese people are psychics, so my coworkers went on the defensive.

“What about the extra work the students would have to do if members skipped meetings?”
They’d have to cut more paper while cracking jokes. I nodded.

“Just imagine how the other club members would feel.”
None of them care. I nodded.

“They didn’t ask the club members first. They asked me first.”
Maybe they don’t understand this weird process. I nodded.

Kentaro was not given permission to leave the club. He wanted to quit, so the teachers didn’t let him. I assumed this was a technicality, but he keeps showing up and looking annoyed. The teacher sometimes complains about his attitude.

Every Baby Cries the Same
I feel like Americans are born as Americans. We shoot out of the womb and start rolling around without a destination, and we do this until we’re 30. We’re encouraged to find ourselves, other babies be damned.

If Americans are stones tumbled around until we find our inherent shape, the Japanese are chiseled to fit a precise mold.

I actually suspect that Japanese kids come into high school as Americans and don’t graduate until they’re Japanese. The point of the school system – aside from teaching basic facts and training for jobs – is to chisel these kids into vessels for traditional Japanese values.

Left on their own, traditions morph and decay. This is what gets so many people annoyed by “liberalism.” So the reaction to even small transgressions in Japan can seem, to me, to be brutal and overwhelming.

It’s inspired by nature: Discipline in Japan comes with the force of a typhoon. Tsunamis have no regrets. Life is brutal, and that brutality keeps people in line by reminding them that they have to work together or everyone dies. If the kids forget this, teachers remind them by simulating a catastrophe.

In America, we call it “being a hard-ass.”

Live Free and Die
If “selfishness” is the unintended byproduct of liberty, Japan teaches selflessness without any respect for liberty. By far, preserving social cohesion and tradition are more important values. This is a recipe for culture shock, and by far the biggest challenge to my cultural-relativist stance on Japan.

These are kids, and they want to play the flute in a music festival, and we’re making them tearfully apologize to a room full of people.

Witnessing these “lessons” can be disturbing. But I imagine what my high school would look like to my Japanese coworkers: “You have to look out for yourself first.” We shift burdens to classmates, break rules and cut corners. We don’t have any traditions, short of prom night, and the tradition on prom night is to get drunk and have sex.

It’s no wonder my country comes across as a land of greedy bank execs, crooked politicians and sociopaths.

Japan has that too – in spades – but you don’t see it on the streets. Wallets don’t get stolen, people walk miles out of their way to help a lost traveler, you can still hitchhike. It’s not just safe, it’s helpful.

The average American, by contrast, looks like a marauding viking. Obviously, I have my preferences (Hail Odin!).

But through my time here, I’ve watched the two nations stare at each other across the sea – and my brain – and quietly think: “What a bunch of freaks.”

*= OK, he didn’t really play keytar, but since I’m making things up to mask identities, I may as well use this opportunity to mention that Japanese music stores always have keytars, and they’re sincere. The costs are too excessive for my taste – about $5,600 USD – but they’re pretty badass.

You can simulate your own catastrophe by liking This Japanese Life on Facebook.

This entry was posted in Culture Shock, Teaching, Tradition, Uncategorized and tagged japan. Bookmark the permalink.

11 Responses to On Being Selfish in Japan