On Getting Lucky in Japan 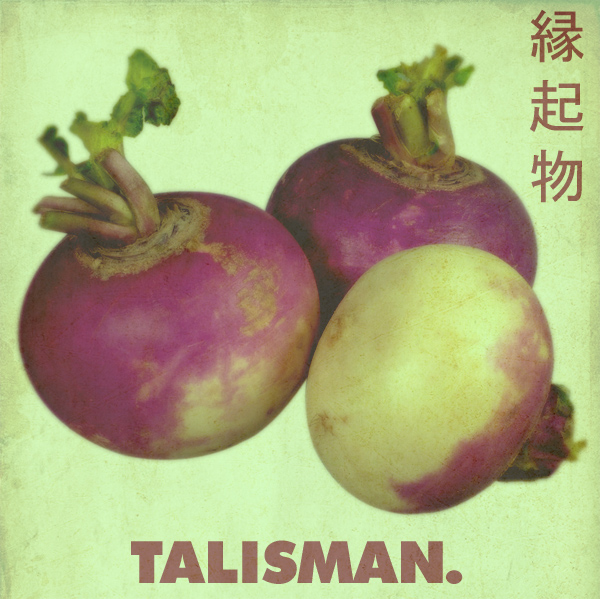 Arudo Rangu Sein
I celebrated New Year’s Day in a purely traditional Japanese style – that is, 12 hours of drinking in English pubs, followed by karaoke and visits to shrines before crashing to bed at 6 a.m. By the wee hours of the morning – about 8 hours into nomihodai – I had taken on a strange and possibly deranged preoccupation with Japanese superstitions.

Two out of Three is Really Bad
My foray into irrationality started with sansha-mairi, the first pilgrimage to the shrines. I went to two, starting at about 4 a.m.

To get rid of the year’s impurities, I washed my hands and mouth with water from the fountain, served in bronze cups and bamboo ladles. Entering the shrine – careful not to step on the threshold between the impure world and the inside world – the pilgrims approach the shrine, throw a donation in, ring a bell to wake up the spirit, clap hands to call it out, bow and clear the mind of a year’s worth of confusion. Standing up, they bow again, then go get some sake from the priests.

And eat a kebab. This isn’t for tradition or superstition’s sake, it’s just that kebabs taste good and street vendors are up all night surrounding the shrines on New Year’s eve and well into the morning.

After a ride home at 6 a.m. – with no sunrise, thanks to Japan’s resistance to daylight savings time – I went to bed, and woke up to a text warning me that going to two shrines was bad luck.

You have to go to an odd number of shrines on New Years, but you have until the first full moon of the year (called “small new year”) to get it done. Of course, I went immediately.

Moderately Good Fortune
Shrines sell fortunes. You pull a stick out of a box and hand it to a shrine worker, who matches the number on the stick to a box. Inside that box is your fortune. If you like your fortune, you keep it. If you don’t, you tie it to a tree or to a piece of rope inside the shrine.

Priests put up extra ropes for New Year’s, and the entire shrine can become covered in colorful scraps of bad luck.

The English-language oracle is 50 yen a pop. Last time I got a good fortune and the rest of the year went moderately well. This time, my fortune said “moderately lucky.” I tied it. I wanted the best luck possible. 50 yen later, “moderately lucky” again.

Third time I got “moderately lucky” with the warning, “unless you are greedy.” I tied it to a tree, but I didn’t go for another one. I spent the rest of the night bummed out.

Calamity Years
One of the factors contributing to my New Year’s anxiety was a friend who is entering her catastrophe year, or yakudoshi.

The Japanese are scared of numbers, so much so that they came up with alternative names for certain digits. The number 4 – shi – is usually referred to as “yon” when counting; because shi is the word for death. Nine, ku, is also pronounced “kyu” to avoid matching the word for “suffering” (also ku).

This homophonephobia is also the origin of the yakudoshi. The Japanese catastrophe year system consists of six ages, segregated by sex, where you’re just going to have a shitty, shitty time, a belief derived from the scientific study of words that sound like other words.

I don’t know them all and you don’t care, but 33 is sanzan, which is also the word for “harsh and terrible.” As you can see, the thirties are a bad decade for most women, so turning 32 isn’t exactly promising. But there is an antidote: You can buy good luck charms. 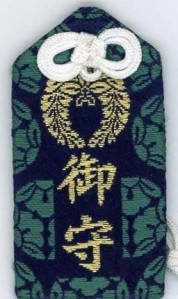 Shrines sell good luck charms year-round. There are cloth-pouch amulets filled with written prayers, called omamori.  Priests bless each variety for a specific purpose. Similarly – but intended to hang in the home – are thin strips of wood, called ofuda, which protect a family or group.

An acquaintance of mine got a fortune with the oddly specific warning that he would be hit by a car this year. That was weird until I realized that there is an entire genre of omamori dedicated to traffic accident prevention.

The omamori work for the entire year, hence the demand on Jan. 1, and their increased importance during catastrophe years. You should also return old amulets to the shrine, because tossing them in the trash is disrespectful. (It’s also rude to open the bags and look at what’s inside). So the priests gather them up a few days after the 1st and light them on fire in a ceremonial offering.

If you’re feeling particularly threatened by the New Year you can buy a Kabura-ya, or “turnip arrow.”

These arrows aren’t weapons – they’re a warning siren to oncoming enemies. If you were to shoot one out of a bow, you’d hear a raspy buzzing sound. Sparing their use on any invading Mongolians, you can carry it to ward off evil spirits who apparently hate the sound of kazoos.

Etc.
Back in 2006, a survey asked nearly 5,000 Japanese to “tell me the superstition that you can’t help worrying about.” It was free answer. Some of my favorites are: Don’t mix eel and dried plum, whistling at night attracts snakes and that lying down after you eat will turn you into a cow.

Most of which strike me as easily testable, but I’m not going to judge. After all, I come from a culture that reflexively prays when someone sneezes because we’re afraid that evil spirits will take over their bodies.

Exotic Wisdom
On a personal note, 2011 started out particularly awful and became increasingly great. I was dreading the power of the reset button that New Year’s Day has come to represent – a fear that is, of course, a superstition.

I didn’t want to veer off the road and I felt that Japan might have a better method of keeping the wheels in shape now that the speedometer has reached 2-0-1-2.

People tend to invest a lot of faith into the folk superstitions of exotic lands. I like shrines and the secular Shinto I’ve come to know (or invent). But I know I’m getting ridiculous.

Something happens as an illiterate expat. You walk around without ears, half of your eyesight and two hands tied behind your back. You come to rely on benevolent chance. Barring any ability to improve your odds through reason or will, it’s tempting to rely on tipping a supernatural balance over to your side.

Until you can speak fluent Japanese or read 1500 kanji, buying a turnip arrow seems like the simplest way to control your destiny. It can’t hurt – until randomness deals you three mediocre fortunes in a row, or you find out about your calamity years just as you’re entering them.

It’s comforting to put a dash of faith into fortune cookies and good luck charms. But you’d be a lot better off taking a Japanese class.

According to old Japanese folklore, you will have seven years bad luck if you don’t like This Japanese Life on Facebook. Must be true!

2 Responses to On Getting Lucky in Japan