On the Psychic Abilities of Japanese Salarymen 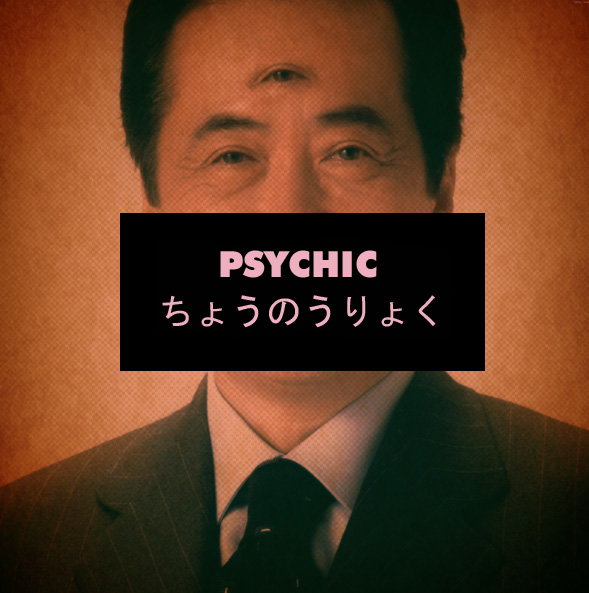 The first thing you’ll do at a new job in Japan is sit for weeks without instructions.

You will show up to work and sit at a desk. You’ll have lunch around 12:30, then sit at your desk. Your supervisors will ask how you are and if everything is going OK. You’ll say you don’t have anything to do, really. They’ll say relax, don’t worry, don’t try to do everything at once, etc. Weeks will pass. Maybe months.

Then you’ll be told to do something impossible in 40 minutes with no preparation.

This happens because Japanese people can read minds. Sometimes they forget that you can’t.

The Psychic System
The Japanese mind-reading hypothesis will be controversial, so let me clarify. Consider:

1. The school system in Japan controls every moment of a student’s life. Rituals like standing and speaking in unison are practiced every hour. Lunch is eaten together. Uniforms and haircuts are regulated. Exceptions are rare. High school students spend the entire day with the same 40 kids for three years.

2. Children are raised to speak carefully. In America, that means using precise words and persuasive arguments. In Japan, it means vague, inoffensive chatter. Rather than argue, people kind of just hang out until they find common ground.

3. Under Japanese law, offending a samurai was punishable by instant execution, usually by being cut in half by the samurai’s sword. This law lasted until 1873. For reference, that’s when blue jeans were invented.

This is not some mystical, “Asian wisdom” kind of thing. It’s just that, after centuries of intuition, it’s a miracle that anyone in Japan bothers to speak at all.

A Japanese manager explained his culture’s communication style to an American:  “We are a homogeneous people and don’t have to speak as much as you do here.  When we say one word, we understand ten, but here you have to say ten to understand one. –http://www.marin.edu/buscom/index_files/Page605.htm

By spending time with people we learn the rhythms of their lives. If you’re observant enough, you might sense that your roommate has gone to the grocery store or that your girlfriend has already eaten dinner. You can know what the other is thinking.

When an entire culture prizes the everyday ritual and cultivates intuitive thinking, it’s like a nation of thoughtful roommates. People pay attention to the needs of others and become attuned to nonverbal cues and patterns.

These nonverbal, contextual cues become vehicles for communication. What Americans dismiss as a meaningless byproduct of the spoken word is the main way the Japanese express their ideas.

So if you come to work in Japan, look for nonverbal cues. Otherwise, it’s like coming to America and ignoring traffic laws.

For Japan, this means that messages are implied through body language, silences and facial expressions. Add the two standard Japanese verbal tics (the intake of air through the teeth with a cocked head means “no,” the disconcerting slacker jaw-drop means “I see,” which means “Yes”) and you have a pretty comprehensive toolbox for Japanese communication, as satirized by Ken Tanaka:

In comparison, America, with its history of diversity, required blunt, clear and forceful shouting matches to survive. We got very good at screaming “Fish!” or “Wheat” in English to our Scandinavian, German, French, Dutch, and Portuguese trading partners while pointing. Europe’s dense concentration of languages did the same thing.

Indoor Voices
Interpreting subtle signals embedded into silence, gestures or rambling monologues can be mind-boggling to people from “low-context” cultures in Japan. We’re trained to tune in to words, not the silences. In fact, we’re trained to talk over silences, to fill them in with meaning.

With practice, you can tell which kind of silence is positive and which is negative. It never stops being really weird.

One Word Fits All
This sounded crazy until I went to meetings where people exchanged seven sentences over the course of an hour. After a few minutes of silence, everyone nodded at each other and the meeting ended. Mission accomplished!

It’s not that Japan creates harmony through homogenization. Homogeneity is harmony. People are vague because everyone knows where a train of thought will lead. All it takes is the suggestion that the train is leaving. People talk to clarify the details and the rest is left to intuition and context.

Understanding that homogeneity is harmony will explain a lot about your job environment.

It also explains why uniformity persists despite the long-ago accepted theory that independent thinking will wake Japan out of its decades-long economic stagnation. And it explains the country’s fear of immigration and strict citizenship rules in the face of a population crisis.

Japan would rather invest in robot doctors than hire qualified, fluent nurses from the Philippines. It’s not explicit racism, though certainly racism exists here as it does anywhere else.

It’s protectionism: The belief that a diverse Japan would be a less harmonious Japan. In this line of thinking, everything that isn’t a part of “Homogeneous Japan” is a threat to the “psychic” social order.

It means using 10 words when 1 should do. This is a pretty radical departure for Japan – just imagine what would happen to America if everyone had to stop talking.

But given the rapid decline of birth rates and GNP, this may be the last generation in Japan that can afford these levels of homogeneity.

In Summary
As for on-the-job training, this is why your co-worker might not give you any job advice. It’s nothing personal. He just doesn’t want to be sliced in half with a sword.

Telling you things you might already know is awkward. It implies that you aren’t “getting it,” so supervisors will wait for you to be pro-active. You are expected to introduce yourself to co-workers, ask questions and observe your work environment. Figure out how to pick up on the rhythms.

And, of course, remind them (gently) that you don’t mind some explicit direction. Just try to resist telling them you aren’t psychic.

This entry was posted in Culture Shock, Weird. Bookmark the permalink.

14 Responses to On the Psychic Abilities of Japanese Salarymen