Is Japan a “Racist Monoculture”? On Anders Breivik’s Japan 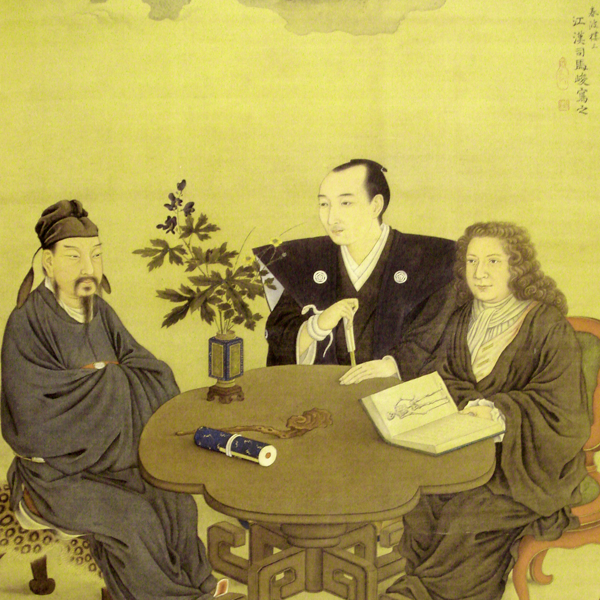 As I was leaving the train station, I heard the Japanese national anthem. People were waving flags. Some guy was shouting about “gaikokujin” (“foreigners”) through a loud-speaker. I stopped and stared until a young flag-waving woman raised her bullhorn, looked directly at us and shouted, “GET OUT OF JAPAN!”

Her English was really good.

The Rise of My Noticing Japanese Fascists
I had seen them camped out with flags and loudspeakers in front of banks and train stations spitting rapid-fire Japanese through the feedback of cheap bullhorns: Gaikokujin this, gaikokujin that.

I didn’t think much about Japanese fascists until this happened:

A bus carrying Chinese tourists in the western Japanese city of Fukuoka was surrounded on Wednesday by more than 10 cars carrying Japanese right-wingers, who then banged windows and kicked the sides of the buses while screaming abuse. Police arrived at the scene and the bus left safely.

Even then, the attack seemed politically motivated by a land dispute rather than random hatred. The attack was disturbing, but I didn’t feel targeted. I had spent too many years internalizing my majority status to realize that I was suddenly a minority.

But recent news from Europe has me feeling a little uneasy.

Anti-multicultural Terrorism
If you watched the news, you’ve heard about Anders Breivik, aka Andrew Berwick, the Norwegian far-right-wing “anti-multiculturalist” whose idea of a Utopian culture is detonating car bombs and methodically slaughtering camping school children.

The news was a stomach-churning blend of Columbine and Christian Jihad, dressed up as a martyr’s “ideology.”

I don’t have a problem with religion, but I have an enormous problem with dickheads. Breivik was special breed of dickhead, one using terminology you’d never hear in America: As as anti-multiculturalist, or a “radical monoculturalist,”  Breivik was an admirer of what he called Japan’s nationalistic and racial purity. Here’s an excerpt from his manifesto; you can read more of his incorrect ideas about Japan at JapanProbe:

“The most functional countries in the world are Japan and South Korea. … They believe in cultural monoculturalism mixed with a free-market democracy. … We believe in cultural monoculturalism and to a large degree ethnocentrism, because we know that is the only proven way of preserving social cohesion levels required to facilitate a welfare state. We believe … that the fundamental requirement for a democracy and a welfare state is social cohesion and a non-reformable cultural conservative framework. And as history shows, you cannot have social cohesion in a multicultural society. The US illustrates this quite well.”

Just one more point of his:

“Japan’s and South Korea’s post-World War II forty-year economic growth surge without immigration has always been an embarrassment to the immigration and multiculturalism enthusiasts. … The current trend of poaching highly educated foreign nationals is nothing more than a negative spiral.”

Let’s understand, first, that what Breivik’s manifesto calls for is “an open democracy” so long as the culture is radically conservative. You can have any color government you want, as long as it’s white.

Of course, Breivik is probably nuts, and it’s pointless to argue with nuts. But his admiration for Japan may leave some people wondering if the two are actually ideologically aligned.

If you want evidence in the affirmative, you could consider Japan’s resistance to foreign labor. The population is aging faster than any other country in the world, and they’re still resisting employing Japanese speakers from the Philippines.

Is Japan the racist monoculture of Anders Breivik’s dreams? It’s not so simple.

The Perks of Monoculturalism
Japan is monocultural and monoculture has its perks. People usually understand one another, which leads to more social cohesion. Everyone is part of the same “in-group.”

But for most Japanese, monoculture is complicated.

Unlike Breivik’s dream of Norway, Japan isn’t organized on the principle of being “a racist monoculture.” Governments have tried in the past, and that didn’t go well for anybody.

For mainstream Japan, immigration isn’t about something as stupid as racial purity. It’s a quality-of-life issue: Japanese culture is intricate. Learning it is a burden for immigrants and teaching it is a burden on the Japanese.

That isn’t a strength, but dumbing down the culture isn’t an option.

Breivik is taking an oversimplified aspect of Japanese society and pretending it is the central organizing principle. It’s an overvalued idea, and he’s overselling the benefits.

The Strengths of Multiculturalism
Breivik rails against importing foreign professionals into Norway, citing multiculturalism’s failure in the States. This is pretty extreme – even Japan has immigration exceptions for skilled laborers. A quick scan of American innovation from “foreign” minds:

America has taken on a multitude of lifestyles and cultures since 1776. Everyone gets to do whatever they want, for better or worse, so there’s no burden placed on society when someone forges their own path and plenty of benefits if they succeed.

Japan has done the exact opposite of that for hundreds of years longer: Rigid career paths leave little room to experiment. For many Japanese business owners, the first failed business is the last one, as banks look at private failure rates in determining future loans. Higher-level management types who quit one job are specifically banned from seeking the same job at another company; new workers start at the bottom, every time.

It’s difficult for Japanese entrepreneurs to take risks, since failure is final.

The pro-immigration side says that diversifying Japan’s business practices and workplace culture could attract more foreign experts, while the anti-immigration side says that’s just too hard, and not worth the social cost: Importing foreign experts into Japan’s complicated culture is tricky, and many foreigners don’t want to deal with that atmosphere.

Notably, the business world is doing it anyway, and the number of foreign millionaires in Japan is rising. The highest-paid executive in Japan is named Carlos.

Monoculture is slowly cracking. And that’s pissing a lot of people off.

This video was taken in Shibuya last year at a nationalist parade.

I haven’t run into anything like this. The clear, smiling English enunciation of the girl I met at the train station was the worst display of pure Japanese racism I’ve seen. It didn’t really scare me: It was funny. It was even sort of cute.

But when you see militant right-wingers emboldened by delusional certainty, such as Andy Breivik, the military marches singling out two white guys on the street, buses being run off the road and smoke bombs being thrown at embassies, it starts to get uncomfortable.

I’ve never felt unsafe in Japan. I’ve been treated like an infant, which is a less pernicious kind of racism; Japanese people assume their culture is densely complicated and crazy for foreigners (which is correct) and feel obligated to help you.

Granted, Japan’s small group of right-wing extremists are angry that I’m here. They want stricter immigration laws and the Emperor back in political power. They show off their anger by occasionally getting together in army uniforms for military drills in public parks. They drive a bus into Fukushima for no good reason, then end up getting satirized in movies like Battle Royale.

But the simple arguments of militant nationalists are an obscure subset of Japanese politics. For everyone else, the immigration issue is a tricky blend of cultural pride, cultural complexity and yes, cultural cohesion.

If Anders Breivik imagined something else, he was thinking of another country.

Next week I’ll talk about something fun. You can keep abreast of updates by following me @owls_mcgee on Twitter, or “liking” This Japanese Life on Facebook.

31 Responses to Is Japan a “Racist Monoculture”? On Anders Breivik’s Japan