On Selling “Latin Biorhythms” in Japan 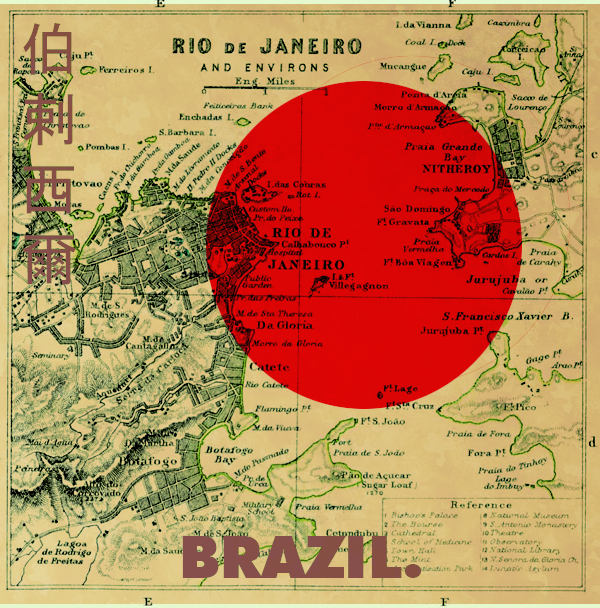 When I stopped by the konbini for lunch at the start of Spring, I made my cursory glance through the constantly rotating stock of temporary soft drinks to see if anything caught my eye. Something did.

It had been a while – the winner being “Menthol Shock,” a soft drink literally peddled by a Japanese Tobacco Company seeking to branch out, and the last being Pepsi Pink, a strawberry-and-milk-flavored concoction that tasted like concentrated fruit sugar (which it was). Pepsi had provided a handful over the years – including the Christmas-themed Hazelnut Pepsi, and Pepsi Dry, which seemed to be designed specifically for mixing with gin.

“Latin Biorhythm Mate” is a Coca-Cola product, the English words emblazoned around the Japanese product name, which includes at least one character from each of Japan’s three alphabets. The slogan for the drink: “Play! Eat! Drink Mate,” is just two exclamation marks short of the best advertising campaign the world has ever seen.

C’mon Mate
The road to naming a mass-marketed beverage is a long one, and this name was so awkward, and my day so dull, that I found myself wondering why the marketing department at Coca-Cola Japan had settled on it. From there, I fell into a rabbit hole of poor translations, cultural assumptions, and revelations of my ignorance.

Let’s start, as most people in Japan might, with the real Japanese product name, which is this: 太陽のマテ茶. People with any grasp of Japanese will see that this is nothing like “Latin Biorhythm Mate.” The most stifling, dictionary-straight definition would be: “Solar belonging to the friends of tea,” or generously, “The sun belonging to the friend of tea.”

As the sun belonging to the friend of tea washes over your tongue, tea enthusiasts will discover another piece of the product-naming puzzle: The mate doesn’t mean “friend,” it means Yerba Mate, a South American tea.

The Letter E
Yerba Mate is native to Brazil, which still produces most of the world’s supply.

English speakers distinguish the tea from the friend by calling it “maté” – with an accent mark on the e – just because it looks more foreign and cool, and we don’t care that “maté” means “to have murdered,” which is presumably a reference to what English-speakers do with accent marks.

Despite the snide dismissal of English speakers toward Japan’s use of decorative English, we’re guilty ourselves of the minor abuse of accent marks, which is a perfect match.

Is this on par with the massacres inflicted by the Japanese on our language? No. But it does illustrate the nature of Japan’s over-reliance on the Roman alphabet. “Latin Biorhythm Mate” is on that label for the same reason that the accent mark is on the “e” in Brooklyn tea houses wherever “Yerba Mate” is served: Because it looks cool, even when it looks wrong.

Catch the Latin Biorhythm
Latin Biorhythms is another thing altogether. To parse that one out, you have to learn a little something about the Brazilian Coffee Industry in the early 1900’s.

In 1850, Brazil banned the slave trade, opening up extremely miserable jobs with barely any wages to immigrants who wanted them. Europeans poured in, until they realized that the Brazilian plantation culture wasn’t a totally awesome career path. After 50 years, Italy banned immigration to Brazil outright and Brazil started looking to Asia.

The first Japanese immigrants came to Brazil in 1908. By 1930, the United States and Australia had banned Japanese immigrants outright. The Japanese, mostly poor thanks to farming reforms of the Meiji Restoration and having few other options, flocked to Brazil. Just 82 years later, Brazil has the largest population of expat Japanese in the world.

The coffee plantations didn’t improve their labor standards over slavery. Suicides were common, and anyone wanting to go home was threatened by debts, contract laws, or violence.

After World War II, of course, things didn’t improve. A Japanese immigrant wasn’t allowed to drive or own a radio. The government abolished Japanese schools and Japanese-owned companies. 10,000 were kicked out of the city of Santos with just 24 hours notice. Japanese workers at a pepper farm were imprisoned and forced to work on the same pepper farm without collecting wages.

This Brazilian Life
The end of the war didn’t bring any difference to the Japanese expats in Brazil. That wouldn’t happen until Japan got rich in the late 1970s.

But the exchange has influenced a lot of Japanese culture, particularly in the Japanese embrace of Bossa Nova music, which was also a force behind the Shibuya-Kei sound of Japan in the swingin’ 1990s, just around the time Brazilians were sought out to come back to Japan.

It is also likely the force behind the branding for “Latin Biorhythm Mate.”

Nihongo or Go Home
In 2009, when Brazilians in Japan just about matched the number of Japanese in Brazil, Japan panicked and offered $3,000 for airfare back to Brazil and an extra $2,000 per dependent. Acceptance of the stipend included a promise that you’d never come back to Japan looking for work.

That didn’t go over so well. About 100 Brazilians took Japan up on the offer, small potatoes compared to the 225,000 or so immigrants eligible. Everyone else just kind of got totally pissed off – one particularly controversial detail was that the children of the immigrants would also be forbidden from seeking work in Japan.

To its credit, Japan has offered “integration” programs, such as Japanese classes and free job training to Nikkei workers. But it’s clear that the Brazilians are a little too edgy for Japan.

Which is precisely why an appeal to the Latin subculture would make sense – edgy, cool, funky, and with a hint of yerba mate. The Latin Biorhythm implies a laid back, relaxed Brazilian vibe in a brilliantly backhanded bit of damnation through faint praise.

If you know how to put the squiggly over an e, you can like This Japanése Lifé on Facebook.

This entry was posted in Food, Uncategorized and tagged brazil, japan, tea. Bookmark the permalink.

10 Responses to On Selling “Latin Biorhythms” in Japan