On Being Alone in a Room in Japan 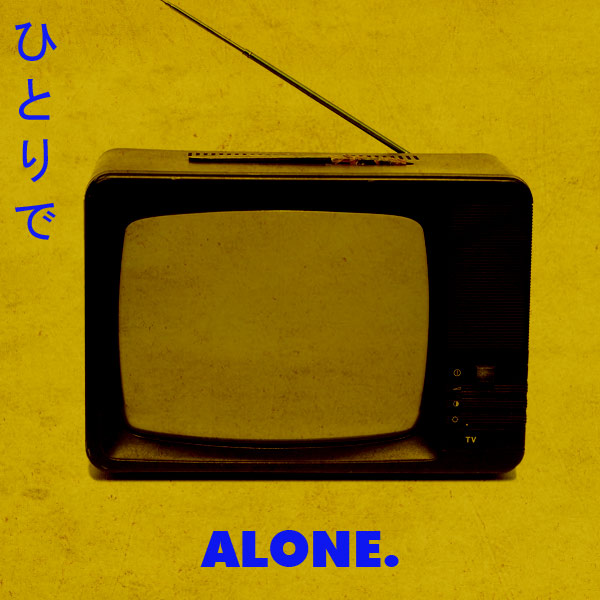 I once saw a man staring at a handheld television set on a train, eyes swelling with tears, looking at what might have been video footage of a woman gazing back at him, her eyes wet with empathy and openness.

I wondered if Japan had a special market for DVDs of women sadly staring through the TV frame into the eyes of lonely salary men, distracting them from the complex horror of solitude.

It was just some sort of weird toothpaste commercial, the man, perhaps, had allergies.

What I do, the central activity of my life in Japan, is spending time alone in a room.

Inverted Forests
You can identify the symptoms of being alone in a room for too long whenever you come across another expat, myself most certainly included. You know someone’s been alone in a room for a while if: There’s a struggle to keep up conversational monopolies, a tendency to over share, a willingness to indulge in bouts of emotional intensity while recoiling from the same display by others.

If my normal social life was a series of power lines connecting and delivering power in stable flows, my life in Japan is more like a series of sparking frayed wires jumping around a quiet road, desperate to electrocute passerby.

This is a shame, because this blocks most constructive conversations about what it means to be alone. Time and place, and all that, but being alone isn’t a confession and it is not the exclusive conversational domain of depressed people. It’s a fact of life, particularly a life lived in a foreign country known for isolation and aloofness, a nation run by cats.

It would be better and more sane for us to talk about this rather than not talk about it. It’s a major part of the expat life.

Japan breeds a certain isolation already, with traditions of shyness, long work hours, and reliance on peace and quiet. As a foreigner used to gregarious back-slapping and arbitrary conversations with strangers, this starts to feel extreme.

So I will sit alone in a room and feel frustrated by it. Zen tells us that the frustration is a delusion – tell yourself that, and let it go. There’s a short moment of serenity when it starts to work, when I’m present, and then I start thinking about the Internet.

Dying on the Inside
The world in a photograph is saved for a while, but everything outside the photograph is over. You bring it back by thinking about it, a tempting bit of sorcery. It’s why we tell stories about the things that happen. We get to bring them back, think of some meanings, and pass them on to other people. This is the source of pain and the solace from it, the good-cop/bad-cop relationship we have with life.

That’s why sitting still in a room feels a lot like dying. I do a lot of it lately, more than I have at any other time in my life.

I’m living in the space just outside the photograph. No one’s seeing me. I’m not doing anything memorable. I’m not chasing novelty into a story to tell later. I’m sitting alone in a room, trying to be present, and dealing with the idea that I’m losing time.

When it’s time to stop thinking about sitting alone in a room, I’ll stop. I will want to talk to someone about it, but there won’t be anyone to talk to about it.

So perhaps I will run, or cook, or read, or watch TV.

Storytelling
I came to Japan precisely to face this kind of unhappiness, and take it on. I wanted to find the holes where my mental energy was leaking and paste them over with kaitenzushi and a caulk gun. I want to live apart from everything else, craving nothing, aloof and detached and in love with everything without expectations.

It’s been two years of sitting alone in a room in Japan, it’s been 17 years of meditation, and I have yet to find some furnace in my chest that takes up self-doubt and burns it into some perfect crystal vision.

I think it’s probably not gonna happen, and that’s a relief. I can’t be mindful all the time. Zen isn’t about becoming a Buddhist Superman, and that self-imposed struggle can only remind me that I’m falling short. Muho Noelke, a German-born abbot of the Antai-ji Zen temple, writes:

Novelty makes for a good story, an “interesting life,” but it’s not actually happening when you are sitting alone in a room, even if that room is in Japan, and that’s why it’s important to learn how to do it.

I start to lose that story of who I am, that person I’m so fond of, that person who is eventually going to disappear unremembered, all that wasted time spent unobserved and unobservant. I’m scared of being the person outside of that metaphorical photograph. I cling to it. It’s an ego thing. I don’t want to disappear, I spent a lot of time making me.

So I sit and think, and invent problems to react to and analyze and make into stories – squeeze it back into the picture frame – to make life compelling enough to talk about later.

But that’s a kind of failure. My real success, the real Zen achievement, is sitting down, shutting up, and letting nothing happen without turning it into a story.

Bring on the third year in this room in Japan.

This entry was posted in Culture Shock, Thinking and tagged loneliness. Bookmark the permalink.

11 Responses to On Being Alone in a Room in Japan