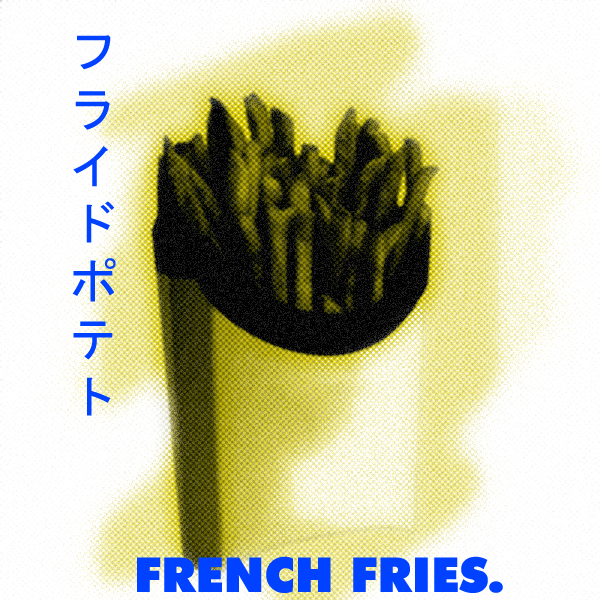 Sometime during the three months I have been in Japan, my pants got too big.

The legend of the Japanese diet is so widespread that no one doubted that I would lose weight. There were a number of theories as to why, mostly involving chopsticks: It’s harder to eat with chopsticks, so people eat less. Everything is in smaller portions to fit on chopsticks. All the food is sticky so it will be more filling, etc.

So, as someone who has come to Japan and fulfilled the weight-loss prophecy, here’s a few observations about eating in Japan.

Eating is Everything
Food is a centerpiece of life in Japan. There are holidays celebrating the day a child first chooses its own meal. Rice – and farming – form a number of the basic pictographs in the Kanji system. A look at any Japanese lunch box, from a kid’s to an adult’s at lunch break, reveals the intricate nature of designing a meal. Meanwhile, the government sponsors “traditional” Japanese farming methods, keeping the cost of rice somewhat extravagant through trade barriers and agricultural protectionism. One of its largest international disputes is about food: Particularly, hunting and eating whale.

Japan is serious about food. That brings with it a certain air of respectability. Even in an ice cream chain, you’ll find people taking real pride in their work. Eating out is a social experience, and every shop specializes in one group of food with a handful of varieties – an omelette shop, an udon shop, a sushi shop. This raises a culture of foodies who eat for taste and flavor and not the endless ulterior motives we have for eating in America.

The American Stomach
American food is kind of disgusting. It is heaping mounds of greasy deep-fried protein that leaves everyone queasy 20 minutes after swallowing. The grease is served with some sort of side, such as a deep-fried starch, which is the size of a Japanese meal. Couple this with an appetizer – another Japanese-sized meal, usually involving a greasy, deep-fried variation on the main course – and you have, in a single meal, two day’s worth of Japanese meals, before dessert.

Of course, all of this shit is delicious, and some recent research suggests that these combinations of fat, sugar and salt can be literally addictive.

So, how did I lose weight in Japan? It wasn’t with a shred of exercise, since my daily walk to work was cut in half. I didn’t work out and I haven’t deprived myself of anything. Nonetheless, here’s my attempt at reverse-engineering my new dietary habits.

1. Portions.
Portions are smaller here, unless the food has nearly no caloric content. For example, you will get a pile of delicious shredded cabbage as a salad and tons of broth in the Udon. The noodles are just enough – in America, they’d rise above the bowl, I think. Here, nothing overflows.

It’s still filling. Rice is filling, noodles are filling, etc. The protein is about the same size as the salad. And you eat all of it at once, switching tastes between bites. The centerpieces are highly satisfying and low-calorie – one cup of udon noodles is 115 calories.

I ordered french fries at a kaitenzushi place and discovered that the caloric value of a standard, small french-fry was about a third of the meal’s total. One group of four split the small fry between them, making the fries calorically balanced on the food-to-shit ratio.

(Having calories on the menu, by the way, is a great motivator to eat healthy).

2. Fresh Food
Food in Japan is almost neurotically fresh. At the end of the night, any prepared food at the convenience store or supermarket is thrown into the trash in an orgiastic display of capricious wealth. The upside to this is that you get everything half-priced or more after 9 p.m. The other upside is that the food is always fresh.

Every convenience store has fresh salads ready around the clock for its healthy, cabbage-loving children, but at the cost of literally 19 million tons of wasted food on an annual basis.

On the micro-level, though, it’s remarkable to go to a gas station and find a fresh salad, fish, rice and sliced vegetables, because once I could only get day-old hot dogs, cookie-filled pastries and entire pies disguised as “snacks.” Restaurants do it the same way – an udon shop gives us their leftovers at the end of the night in exchange for showing up.

If a small bowl of shredded cabbage, corn and sesame seed dressing sounds like a shitty lunch, it’s because you live in America. You are visualizing brown iceberg lettuce mixed with bland, tasteless vegetables. There is a world beyond this, America.

3. Desserts
Desserts in Japan range from the basic mochi (rice beat into a glutinous shell surrounding a bean paste) to the American-sized sundae behemoth (imagine ice cream, corn flakes, hot chocolate syrup, a full kit-kat, and as a topping, a soft-serve ice cream cone and a peanut butter cup).

Of course, the more common route here is the mochi – or a banana. Banana-as-dessert explains the difference between American and Japanese attitudes toward food. America says; “This is 1200 calories, so it’s bad for me – I’ll eat it after I finish eating.” Japan says; “This is sweet, so I’ll eat it after I finish eating.” Therefore, Americans eat fried peanut butter cups topped with ice cream while Japanese eat congealed rice wrapped around beans.

The Lifestyle
I have another theory about losing weight in Japan: Social engineering.

Bringing endless green tea (no sugar, no milk) to patrons reduces the odds that they will ingest half of their day’s calories through soda. Eating food hot – often boiling hot – and slurping noodles to cool them increases the heat in your stomach, causing you to feel full faster (rice also expands after being swallowed).

Also, the entire meal is served at once, in tiny dishes. Everything is a side dish. Having food laid out in front of you reduces the sense that you need to “finish” a part of the meal to “progress” to the “real” meal. You don’t feel like you have to eat all your potato skins to get to the hamburger.

Instead, it’s presented as a single, beautiful display of food, where each bite is presented to be savored (in turn slowing down your eating and increasing the amount you digest in the same time span, filling you up faster). Savoring the bite is the silver bullet. You eat slower and get full faster.

I’ve been haunted by the idea of returning home and eating massive cream-cheese covered bagels and pastries for breakfast, pizza slices for lunch and then a dinner of gigantic, gravy-and-sugar-covered fried fats. It is easy to fall prey to normalized overeating in America, where portions are double the size you need and where corn syrup makes you hungry every time you’re thirsty.

It’s a shared delusion of American culture. Breaking out of cycles of horrific eating habits is an act of cultural liberation. Not only do you have to stop buying into “the system,” you also have to envision and realize an alternative method of surviving.

I’ll start by learning how to make udon.

This entry was posted in Food, Uncategorized. Bookmark the permalink.

19 Responses to On Eating French Fries in Japan | フライドポテトがたべマス